The Lady from the West

from Unaccomplished by Karl Dallas 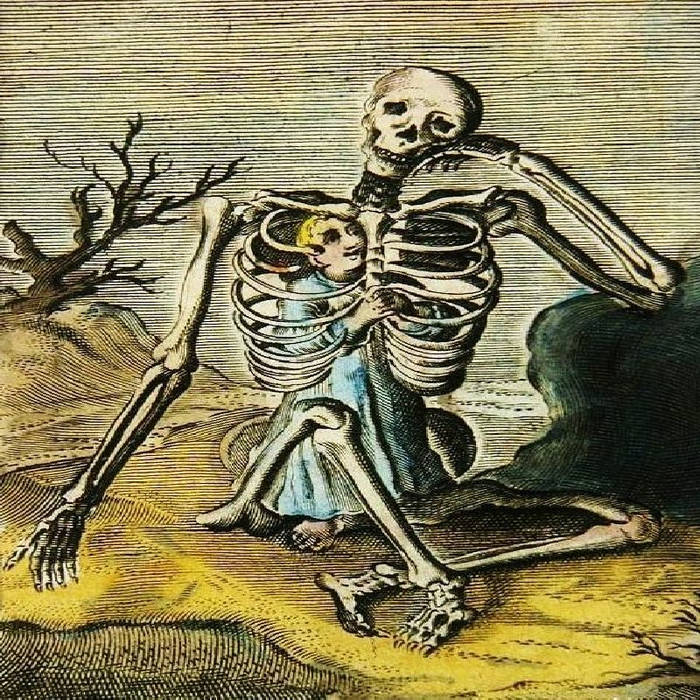 It might be tempting to think of this as a chanson à clef, identifying the king and the two female protagonists as characters from my own life. There are autobiographical elements in everything I write, but I have attempted to transmute the personalities involved into a mythic tale with its roots in the tradition of the wounded king who is healed by love, which finds expression in the Arthurian romances. It was Jesse Weston's description of this process that inspired Eliot's The Waste Land, from which the renegade Colonel Kurz quotes in Francis Coppola's filmic re-working of Conrad's Heart of Darkness.
Ms Weston's book which can be seen on his bookshelf in the final section of Apocalypse Now, reads:
" . . . the sickness of the King, and the desolation of the land, are not necessarily connected as cause and effect, but, a point which seems hitherto unaccountably to have been overlooked, the latter is directly attributable to the Quester himself:
"Car se tu demandé l'eusses
Li rice roi qui moult s'esmaie
Fust or tost garis de sa plaie
Et si tenist sa tière en pais
Dont il n'en tenra point jamais,"
"but by Perceval's failure to ask the question he has entailed dire misfortune upon the land:
"Dames en perdront lor maris,
Tiéres en seront essiliés,
Et pucielles desconselliés
Orfenes, veves, en remanront
Et maint chevalier en morront."
-- Jessie L. Weston: From ritual to romance
The theme of the miraculous healing of the King is repeated in my children's story, The Sacred Blade, which is published on Amazon UK as a Kindle ebook.

There came a lady out of the west but her folk were from the east.
She rode into a barren land like a guest come to a feast.
The people said: You're welcome, but it's not the festive time.
Our king lies sick and unto death and the funeral bell does chime.
So silence the music of your mouth and break the fiddlers' bow.
Crowbirds fly in the leaden sky and the fields are white with snow.

This lady said: In the darkest night the dawn is not far off
And though your king be sick to death yet can he be cured by love.
She stripped the clothes from off his back till he lay like a naked boy
And she lay down beside him and she filled his heart with joy.
And warm was the music of her mouth and the sky wore a ribboned bow.
The mourning birds sang dawning words and the corn grew under the snow.

Now the queen she swore a mighty oath and she swore it like a man:
No other shall lie in my lord's bed and I'll kill you if I can.
But the lady said: Be not afraid, your lord is still your lord,
And see the snows are melting and the barns with grain are stored.
So we can sing a reaping song and the fiddler rosin the bow.
And song birds fly in the cloudless sky and the girls to the harvest go.

When the king awoke he said to his folk: Who was it lay with me?
For she has set my heart aflame and I'm no longer free.
The lady said: You have your queen and duties to your land
While I must travel down the road that lies at my right hand.
So forget the music of my mouth and the tune of the fiddlers' bow.
For the sun is high into the sky and onward I must go.


The king he swore a mighty oath, said: That shall never be
For I shall leave my native land and go along with thee.
But if you will not have me it were better I should die.
Sweet chains have bound and made us one, and none shall say me nay .
For I live by the music of your mouth and we'll dance to the fiddlers' bow.
And free as the birds up in the sky you and I shall onward go.

Now the queen she was a wise woman and none so wise as she:
Come into my arms my own true lord and listen unto me.
This lady gave you healing love and the healing work is done.
Now you and I shall live till we die in the blessings of the sun.
We'll make new music with our mouth and dance to the fiddlers' bow.
As birds fly high up in the sky and streams with waters flow..

True love is a gift comes from above and it moves like the winds of spring.
It obeys the command of no man's hand nor the cold winds wintering.
Like dragonflies in the summer skies it glows and then it's gone
But the memory sweet is still complete and never can be gone.
It lives in the music of your mouth and the tune of the fiddlers' bow.
And the skylark's rise into the sky and the cornfields here below.

No tongue can say how she felt that day as she rode away from the town.
Did she go to join her own true love or roam the whole world round?
Or was a part of that lady's heart for ever in that land
As the sunshine bright put paid to night and the hills were a golden band?
You may sing with the music of your mouth and dance to the fiddler's bow
You can see the smile on the face of love but not what lies below.

Benji B talks about his new compilation ‘Deviation Classics’