from Unaccomplished by Karl Dallas 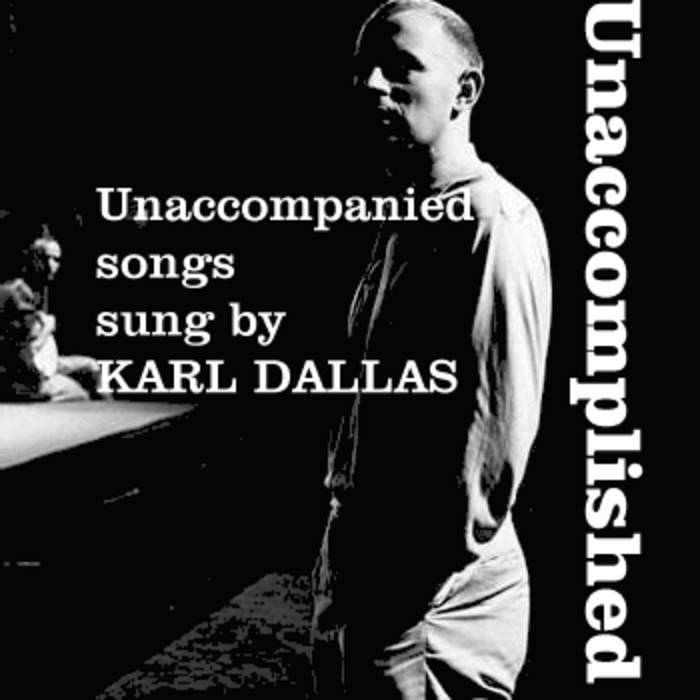 I read about this event in the newspapers and rang up the Royal National Lifeboat Institution and told them I was a journalist, writing an article - which was not exactly untrue, except that my "article" was actually a ballad, written in the style of the old street ballads, precursors of the modern newspaper press.
They gave me all the details - names, dates etc - which I put in to the song.In writing the song, I used the time-honoured newspaper rule of putting who, what, when etc into the first paragraph (in this case, verse).
A tune came into my head to fit the words. Knew it wasn't original and I had no idea where it came from. I asked my friend, AL (Bert) Lloyd who suggested The Banks of Sweet Dundee, a song I don't remember having heard at that time.
Years afterwards, the mystery was solved, when, at the Whitby Folk Festival, I heard someone sing a Hexhamshire shepherd's song about sheep-dipping, The Dersin' o' the Hergs. It came back to me in a flash.
When I was eight I lived for a time with my Auntie in Bardon Mill and she took me to a gathering (the first time I heard the Northumbrian small pipes) where a shepherd sang that very song. For some reason it had stuck in my memory for fifty years and came to the surface when I was seeking a melody.
Thefolk process!

O listen while I tell you of the Arbroath tragedy
Of how six gallant lifeboatmen were thrown into the sea
On October twenty-seven in the year of fifty-three
And only one brave man was saved in that calamity.

The night was dark and stormy and the lifeboat standing by
When all at once a rocket jumped into the angry sky
The Robert Lindsay ventured out to see the reason why
But nothing could they find that night no matter how they try.

Four hours they searched that Tuesday morn until the break of day
But not a bit of wreckage could they find in Arbroath bay
It’s home and mugs of cocoa for us sailors while we may
Or else we’ll never see the shore, they heard the cox’un say.

As they came back across the bar, it was an awful sight,
The lifeboat overturned them in the sea as black as night
They couldn’t reach the shore alive though struggle as they might
And only Archie Smith was saved upon that dreadful night.

Two brothers sank beneath the waves, a father and a son.
The bowman, Thomas Adams, went the wway that they had gone.
And when the boat was washed ashore beneath the morning sun,
The cox’n, David Bruce, was lashed the steering wheel upon.

So, let’s remember all the men who go down to the sea,
And all their wives and sweethearts dear, wherever they may be,
And workingmen who give their lives in dire necessity,
The fishermen who died that night, in nineteen fifty-three.

Benji B talks about his new compilation ‘Deviation Classics’